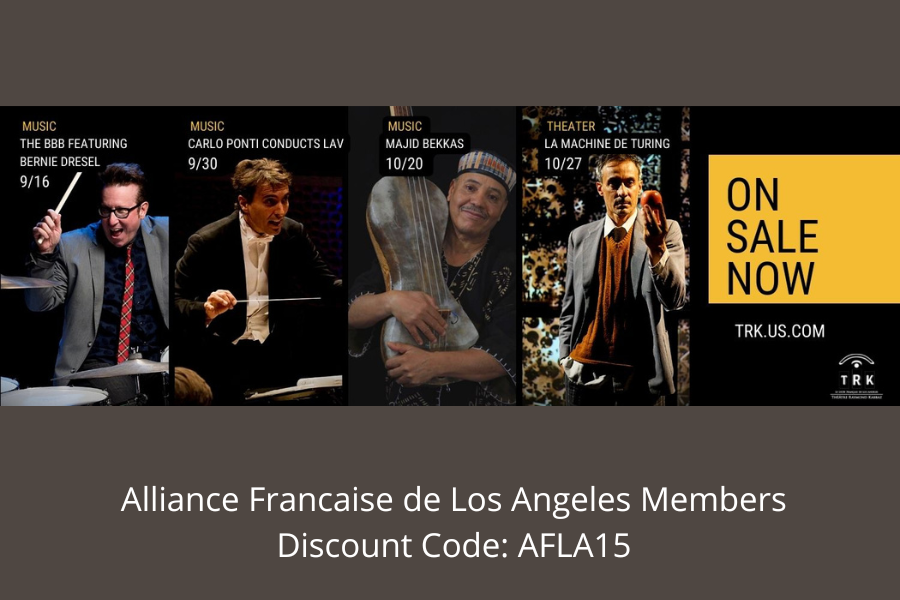 Fary, the French comedy phenom makes his LA premier hot on the heels of his two Netflix specials

All events are singular offerings with an exciting artists for everyone to experience.

Tickets go on sale on July 11 at TRK.US.COM.

“We’re so excited to welcome you to TRK this fall,” said TRK Artistic Director Pierre Leloup. “The season features thrilling LA premiers from artists like French comedy phenom Fary, and returning friends like Carlo Ponti, who brings his acclaimed Los Angeles Virtuosi Orchestra to our stage in support of music education. There are artists from around the corner, like Kybele Dance Theater and from the other side of world, like Morocco’s Majid Bekkas and Quebec’s The Lost Fingers. TRK is deeply grateful to ELMA, the Jose Iturbi Foundation, TV5Monde, and KCRW and to all our sponsors for their remarkable generosity as we connect our audiences to French culture.”

TRK continues its 20-year mission to bring diverse cultural traditions from across the globe to our stage, enriching the lives of youth, patrons, and artists in the greater Los Angeles area, and beyond.