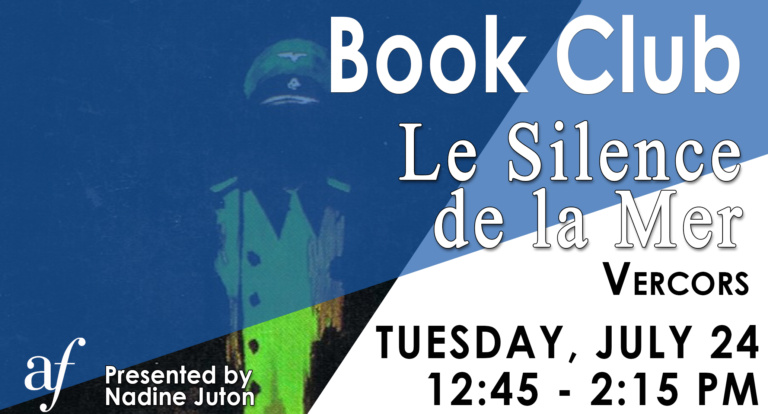 In the book, Vercors tells of how an old man and his niece show resistance against the German occupiers by not speaking to the officer, who is occupying their house. The German officer is a former composer, dreaming of brotherhood between the French and German nations, deluded by the Nazi propaganda of that period. He is disillusioned when he realizes the real goal of the German army is not to build but to ruin and to exploit. He then chooses to leave France to fight on the Eastern Front, cryptically declaring he is “off to Hell.”

Presented in French by Nadine Juton, Intermediate and advanced levels of French welcome.

Books are available for purchase at the Alliance Française office ($12).